On the third tax day since Trump’s tax cut law took effect, millions of Floridians are dealing with the duel health and economic crisis caused by Donald Trump’s ineffective pandemic response. President Trump’s tax cut law, which was sold as a middle class tax cut, gave billions to the richest individuals and corporations while millions of low and middle-income workers saw their taxes rise.

“This Tax Day is a reminder that Trump’s time in office has been spent working for his Mar-a-Lago buddies, not Florida’s working families,” said Florida Democratic Party Spokesperson Frances Swanson, “Trump’s signature ‘achievement’ is blowing up America’s deficit to line the pockets of America’s richest taxpayers, while leaving everyone else behind. Trump’s tax scam will cost him with voters in Florida, who deserve more than lip service and broken promises.”

REALITY: In 2020, the richest 5% of Florida taxpayers will receive 61% of the state’s share of tax cuts under the Republican tax bill. [Institute on Taxation and Economic Policy, 12/16/17]

REALITY: The GOP-Trump tax bill would raise taxes on 3.6 million Florida residents, most of whom will have incomes less than $78,500. [Institute on Taxation and Economic Policy, 12/16/17] 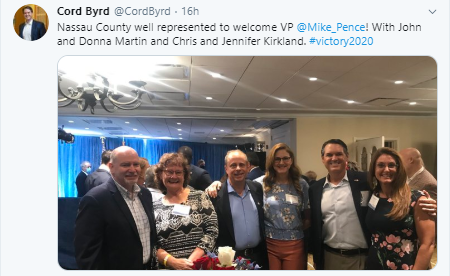